At the moment, we’ve got a variety of nests in the garden. The fledglings are now leaving the nest for the first time. This young Blue Tit knocked itself out by flying into one of our windows. Nothing seemed to be broken, but it didn’t seem to want to repeat the flying experience in a hurry. It was seemingly quite happy to have its photo taken before I transferred it to a branch in one of our plum trees. 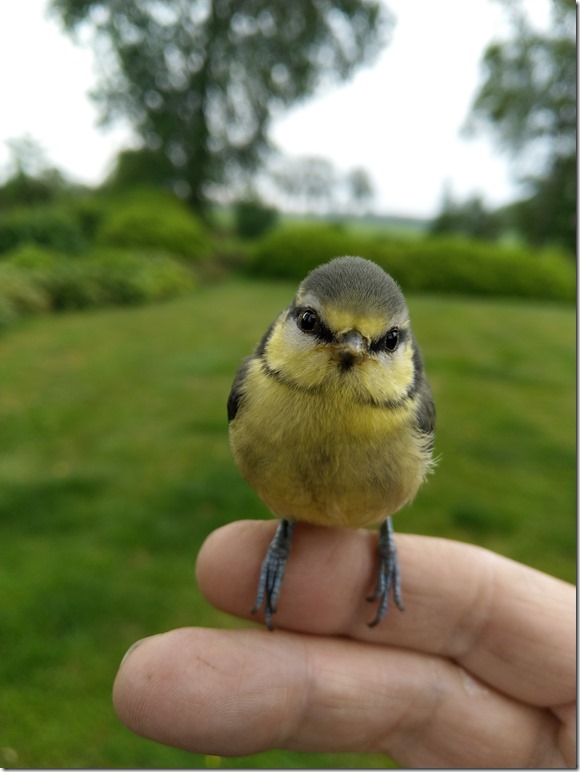 I'm a British citizen, although I have lived and worked in the Netherlands since 1983. I came here on a three year assignment, but fell in love with the country, and one Dutchman in particular, and so have stayed here ever since. On the 13th December 2006 I also became a Dutch citizen.
View all posts by Geoff Coupe →
This entry was posted in Nature. Bookmark the permalink.