We had the older of our two Labradors put to sleep this morning. He was 14 years and two months old, which for a Labrador, is a long life. I think we can say that he had a good life as well.

Kai came into our lives shortly after we moved to the farmhouse, 11 years ago. He was then three years old. His first owners had moved from a house into a flat, and it was clear to them that Kai was not happy with the downsizing, so with heavy hearts they asked the breeder to try and find new owners for him. We were the lucky ones.

After Kai had settled in here, he had a visit from his previous owners. We were all curious to see how he would react. When they left, he followed them down to the entrance of the driveway, and then lay down, as if to say: “you can go, I’m OK here…”.

He had plenty of room to roam around in, both in the garden, and in our field at the back of the property. 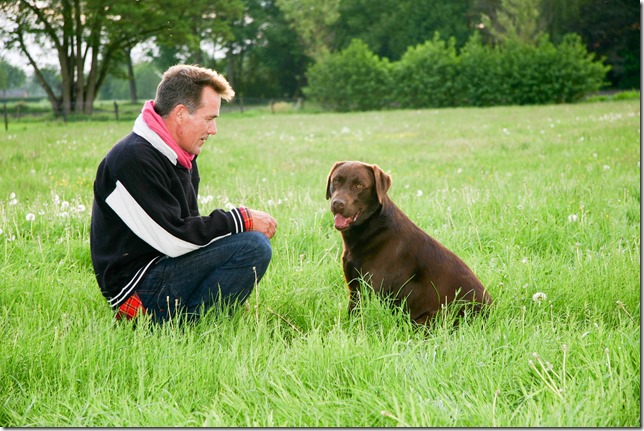 Like all Labradors, he loved water. Fortunately, he learned not to go into our two ornamental ponds, but loved swimming in the nearby river.

He could look very regal, or let his hair down… 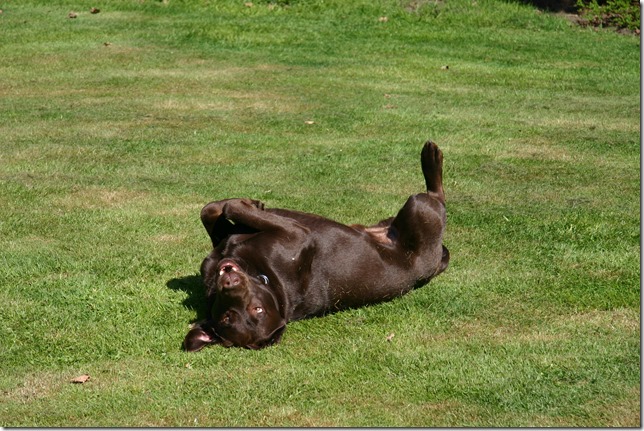 Watson arrived in September 2009, and Kai learned to tolerate a boisterous newcomer.

They actually got on well together. 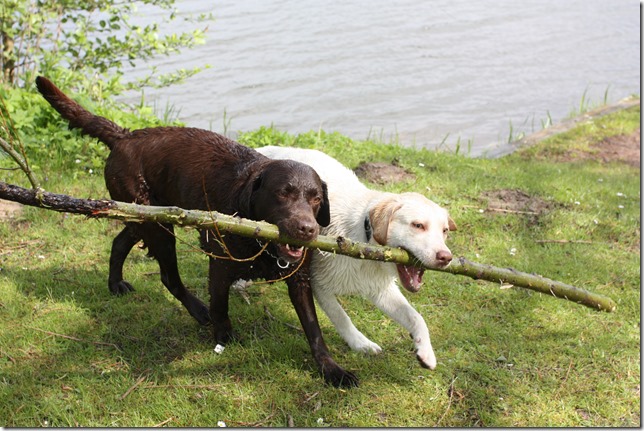 In March 2016, Kai turned 13. He was getting very slow and spent most of his time snoozing gently. Often he seemed to be dreaming of running, because he’d run in his sleep. Chasing dream rabbits, probably. He’d pad around the garden to inspect his estate a couple of times during the day, but I could no longer take him out with Watson, because he couldn’t walk as far or as fast as us. Martin would take him out for a short walk whilst Watson and I headed off to the woods. At the time, the vet said that Kai’s heart and lungs were still functioning well, and his quality of life was good, but she was clearly signalling that the home stretch was in sight.

A week ago, he spent most of the day resting on his cushion, and had difficulty walking. The following days, he was up and about again, but this morning he had extreme difficulty staying on his feet. We called the vet, and her diagnosis was that he had reached his final destination.

This crossed-paw pose was very characteristic of Kai, he did it a lot. We’ll miss it, and him…

I'm a British citizen, although I have lived and worked in the Netherlands since 1983. I came here on a three year assignment, but fell in love with the country, and one Dutchman in particular, and so have stayed here ever since. On the 13th December 2006 I also became a Dutch citizen.
View all posts by Geoff Coupe →
This entry was posted in Family. Bookmark the permalink.