When I took the dogs out last night at 11pm, I noticed that there were noctilucent clouds showing up above the Northern horizon. I dashed back and grabbed the camera for a couple of shots before they faded from view: 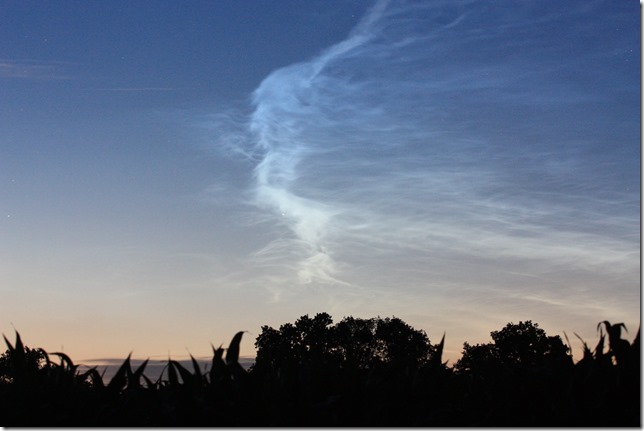 These are time exposures of ten seconds, so the sky appears brighter than in fact it was (you can also see some stars). This is the first time that I’ve ever been aware that I was looking at this particular meteorological phenomenon.

I'm a British citizen, although I have lived and worked in the Netherlands since 1983. I came here on a three year assignment, but fell in love with the country, and one Dutchman in particular, and so have stayed here ever since. On the 13th December 2006 I also became a Dutch citizen.
View all posts by Geoff Coupe →
This entry was posted in Nature, Photography, Science. Bookmark the permalink.